Horror Stories To Give You Chills, Without the Cheap Thrills

October 31, 2019
I've always loved a good spooky story with plenty of spine-chilling moments, but I haven’t really got the stomach for gore and graphic violence. Subtle hints are often so much more terrifying to me than having things spelt out in detail, which is probably why the Stephen King style of horror has never been my cup of tea. I want to be creeped out, but I think the most skilful writers will use the power of suggestion to lead you along gently, and let your own twisted imagination fill in the gaps. Check out the short stories and collections below if, like me, you prefer old-fashioned ghost stories, macabre twists, and psychological suspense. Then, let us know which of your favourite spooky stories you would recommend, over at The Brown Brontë's Book Club 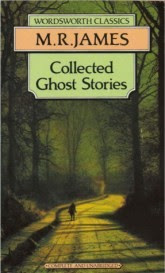 Collected Ghost Stories, M. R. James
In the best tradition of the English ghost story, these feature urbane, scholarly protagonists – usually Oxbridge academics or experts who acquire a suspicious artefact of some kind - who are far too sensible and sceptical to be taken in by old wives’ tales and superstitions. But of course, they then witness “things” that can’t be explained: things that crawl, things that flap, things that shuffle, things that move when they shouldn’t. A white shape at a window, a mysterious figure in a picture, a sound behind a door – not particularly scary on the surface, perhaps. But in the language he uses, James subverts the conventions of the gothic ghost story: it’s what he doesn’t say that makes these indistinct impressions all the more terrifying. The language is understated and matter-of-fact, to the point that you might find yourself asking why the protagonists aren’t freaking out more than they are -  but it’s the strategically placed details which provide the shudders. 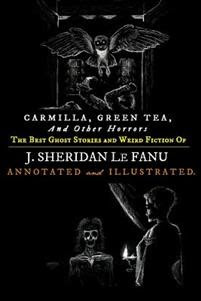 Carmilla, Green Tea and Other Horrors, Sheridan Le Fanu
AKA The Daddy of the Victorian gothic short story, Le Fanu’s ghost stories were admired by, and influenced, writers such as Henry James, R. L. Stevenson and of course, M. R. James, who called him “absolutely in the first rank as a writer of ghost stories.” Le Fanu’s tales sit more within the gothic horror tradition, with haunted houses and supernatural beings galore, if that’s the kind of thing you like, but it’s easy to see where other writers have taken inspiration from his style and techniques. “The Ghost Of A Hand” is the kind of story that would have terrified the living daylight out of me as a child. “The Child That Went With The Fairies” is a more bittersweet tale inspired by Celtic folklore, while “The Familiar” contains many of the elements of suggestion and suspense that influenced the writing of the authors mentioned above. Don’t read them while you’re alone, if you get frightened by things that go bump in the night! 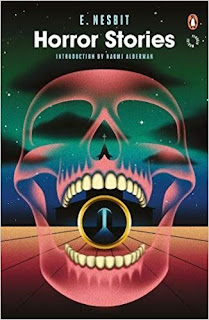 Horror Stories, E. Nesbit
Most of us will have fond memories of “The Railway Children” and “Five Children and It”, but I didn’t know that Nesbit had also written short stories for adults. The stories in this collection follow some of the generic conventions that I’ve mentioned above, but instead of the scholarly, scientific, male protagonists we find in the stories of M. R. James and Le Fanu, Nesbit gives us tales framed by both male and female narrators, and her stories are more obviously concerned with the self-destructive nature of thwarted love, jealousy and infatuation. It’s particularly interesting to read these stories in the light of the knowledge that Nesbit was married to an unfaithful husband, who had an affair with her best friend. It’s not hard to see that they contain expressions of her own anger and frustrations, perhaps with a dose of wish fulfilment. This is complemented by Nesbit’s adoption of the male voice, which is often typically (for the period) patronising towards the female protagonists, infantilising them with diminutive words like “little” and “child”. I wonder if these male personae are also supposed to be a dig at the constraints she must have felt, trapped in a loveless marriage in a patriarchal society which gave little recourse to women in that position. 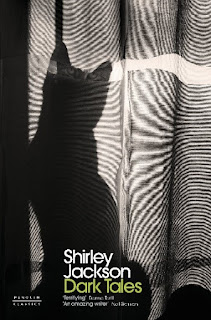 Dark Tales, Shirley Jackson
These stories are aptly named, as Jackson takes darkness to a wholly different level. When her short story The Lottery was published in The New Yorker in 1948, it unsettled readers so much that it elicited hate mail and cancelled subscriptions. Unlike the collections above, this set of stories does not deal with the supernatural so much as it does the psychology of ordinary people carrying out disturbing acts of manipulation or intimidation. The first story is reminiscent of the opening of Jackson’s novel “We Have Always Lived In The Castle”, with seemingly ordinary – even pleasant - settings and characters – and a pervading sense of unease that something is not quite right. The rest of the stories work similarly. Being master of the slow reveal, she keeps the reader unsettled by dropping details throughout that don’t quite fit: a look here, a word there, a thought or memory that’s not fully explained, and often leaves you at the end wondering, “did that mean what I thought it meant?” The juxtaposition between the mundane settings and the twisted thought processes of her characters brilliantly heightens that sense of unease – I was thoroughly disturbed. 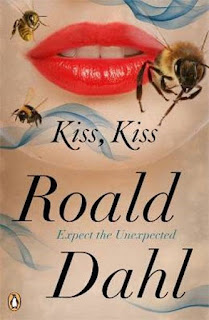 Kiss Kiss, Roald Dahl
Roald Dahl’s children’s stories are full of nasty characters who meet gruesome ends. Who can forget The Twits, or the horrible granny in George’s Marvellous Medicine? Dahl’s dark imagination is often tempered with his sharp sense of humour, and this combination is brilliantly illustrated in his short stories for adults. Like Jackson’s Dark Tales, Dahl isn’t concerned with traditional ghosts and ghouls. He’s far more concerned with the murky workings of people’s minds, and the stories in “Kiss Kiss” delve right into this, zooming in on the little frustrations and petty annoyances that might drive people to do unspeakable things. The most conventionally “horror”-like story is “Royal Jelly” – a tale of an ambitious beekeeper who resorts to an unusual treatment for his sick baby, with grotesque results. Equally unsettling perhaps, are the stories of unlikely characters carrying out unpleasant acts to shocking conclusions, such as “The Landlady” or “Lamb To The Slaughter”.  These stories will have you looking sideways at everyone you meet, wondering what horrors are lurking beneath the surface. But because many of the stories are so funny, you don’t have to worry about not being able to sleep afterwards. 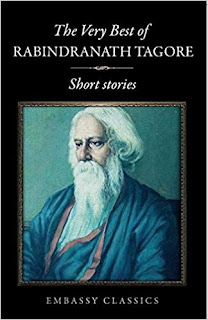 The Skeleton, Rabindranath Tagore
This isn’t a collection, but it is a little tale that has all the ingredients of the collections above: sceptical, academic male protagonist; brush with the supernatural; frustrated emotions, and a terrible step taken in the name of thwarted love. I found it interesting that it seemed to follow many of the conventions of the English ghost story, although it was written in Bangla. The male interlocutor – a medical student - is spending the night in an unfamiliar college room, when he’s disturbed by a disembodied female voice by his bed. The voice tells him that she is looking for her skeleton, which used to hang in the room, and was used by medical students like himself, to learn anatomy. The ghost then proceeds to tell the student, grumpy and annoyed at being disturbed from his sleep, the story of her life, love, and untimely death. The aim of this story isn’t so much to spook the reader, as there are too many cynical asides from the interlocutor for us to fully immerse ourselves in the experience. However there is a macabre thread woven through it, relating not only to the “romance” but the social mores of the day. You might need some contextual knowledge on the position of women, specifically widows, in traditional Hindu society. If you’re familiar with Tagore’s opinions on the subject, this is in keeping with his other writing on the topic but in an entirely different genre: a social critique disguised as a ghost story. You can find a translation of the original Bangla story here.

I hope you enjoyed this list, and let me know which of the above you'd be most interested in reading! You can either comment below, or head over to our Facebook Group to join the discussion.