October 29, 2019
Today’s pick for Black History Month is a book I read recently for my foreign language book group. Gaël Faye’s “Small Country” (“Petit Pays”) won the French Prix Goncourt in 2016, and with good reason. Set in Burundi in the 1990s, it is told through the eyes of ten-year-old Gabriel, or Gaby. He lives in the capital, Bujumbura, with his Rwandan mother, his French father and his younger sister. It has all the ingredients of a typical coming-of-age story: an idyllic childhood, a naïve young protagonist, and a rude awakening to the harsh realities of the world. What makes it different, for me, to other books in this genre, is that the shattering of peace, the loss of innocence, and all the heartbreak, affect all of the characters – not just Gabriel. 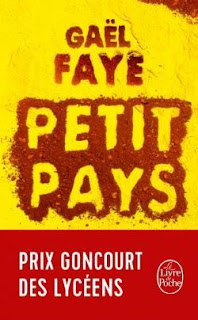 The novel opens with the adult Gabriel, alone in Paris on his 33rd birthday and dissatisfied with his life in general, thinking about his childhood in Burundi.

This leads us into the first part of the novel which contains descriptions of the natural beauty of Burundi and the freedom enjoyed by young Gaby. He spends his days swimming, cycling and getting up to mischief with his band of friends in their secret hideout, an old Combi. The description of his surroundings made me want to see it for myself, and Faye portrays the young boys with humour and sympathy.

Soon, however, the Rwandan president is assassinated in a coup, giving rise to violent rioting and reprisal attacks which spill over into Burundi. I must have been about the same age as Gaby (and as Faye must have been), when news of the Rwandan genocide of 1994 broke onto our tv screens. My parents would change the channel when the item came up on the news, fearing that it was too gruesome for me to see or hear about. I didn’t make the connection then, that there were children my age who were seeing it first-hand.

While Gaby and his friends are enjoying life, Faye paints a backdrop of a Burundi where the legacy of European colonialism is still in effect, with problematic attitudes dotted here and there. Like the odious Jacques who has nothing but contempt for black Africans. Or Gaby’s white, French father, who, despite being married to a black Rwandan woman, betrays a (wilful?) lack of understanding of the complexities of ethnic tensions and the role of colonialism in exacerbating those divides. His explanation for why the Hutus and Tutsis hate each other comes down to “because they don’t have the same nose”; which not only ignores the historic role of colonial favouritism of one ethnic group over another, but infantilises the entire Rwandan people regardless of their ethnicity. What is never explicitly articulated in the book, is the reason they are living in Burundi in the first place. We know that Gaby’s Tutsi mother is living in exile from Rwanda, but it is never pointed out that this is a direct result of the divisive social policies of the Belgian and German colonists, which favoured Tutsis and fomented resentment amongst the Hutu population. 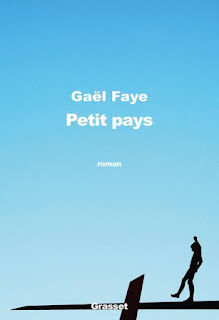 The book examines the psychological and emotional toll of war, and the impact of exposure to brutal atrocities on children and adults alike. Yvonne’s account of her ordeal, searching for her relatives in Rwanda following the massacres, is harrowing and heartbreaking, both in what it does to her psychologically, and in the effect of her trauma on her children. The book also looks at the effects of exile or displacement, and the tensions that lie at the intersections of race, ethnicity and class, but these are contextual rather than the main focus of the book.

Faye also touches on the inaction of the Western world during the conflict of 1994, and alludes to a lack of concern over black suffering, as only white Europeans were evacuated. But he does so with a light touch, seeming to make the point instead that prejudice is something we all carry within ourselves. Jacques is prejudiced against black people; the house servants, Innocent and Prothé, are prejudiced against poor black Africans; Hutus and Tutsis of course, are heavily prejudiced against one another; and even young Gaby is prejudiced against his little gang’s nemesis, Francis.
The result of all this hatred is a dark wilderness where children are co-opted to play out the political whims of adults. The natural colours and lightness of the first part of the book give way to more garish hues and deeper shadows in the second half, and I got the sense that nothing was ever the same again for any of the people who lived through that time. It’s simply written and immensely readable. I read it in French, but there is an English translation by Sarah Ardizzone. 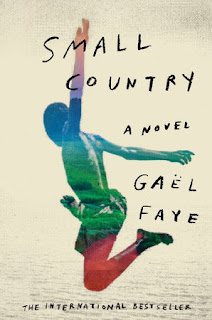 Gael Faye is also a rapper, singer, composer and poet, and his musical references in the book gave my reading experience another dimension, when I searched for the artists on YouTube. The references to the radio stations playing nothing but classical music to signal that a coup was underway, were a chilling detail that is well-documented in other sources. But the best thing was when I found his song by the same name, "Petit Pays" .

Even if you don't get the chance to read this anytime soon, be sure to check out the song and video and head over to The Brown Brontë's Book Club to let us know what you thought!