6 Reasons In Defence of Amy and Laurie

January 19, 2020
I’ll admit, I haven’t yet had the chance to go and see the new adaptation of Little Women, but I’ve seen the trailers, read the reviews, and spoken to friends who have seen it. Many viewers thought it was a brilliant interpretation of the book, which highlighted aspects of the Marches in different ways to previous adaptations. And others were highly critical of it, lamenting some of the departures from the original text. One example of those critical voices was this blog post by @rosepetalsandfaeriedust and she does not pull any punches, especially regarding poor Amy!


I didn’t agree with everything in the post but one thing above the others that I felt I had to answer was this:
“I get frustrated with Little Women adaptations because…I HATE a part of the book’s plot. I hate Laurie and Amy together on a soul level so I will never love an adaptation.”


Every adaptation is an interpretation, but I think it’s fair to say they should be faithful to the main plot points, and the overall tone and spirit of the book and characters. So not loving ANY adaptation because you don’t love a particular plot point – one that IS in the book - seems like a contradiction. Perhaps it would be more accurate to say “I’ve always hated that part of the book”.
But it's a common view; many readers feel cheated by Alcott not having Jo and Laurie end up together. I disagree and I’m going to tell you why Laurie and Amy were actually perfect together.

1. They are both emotionally intelligent.
Laurie is attentive and sensitive to the needs of people he cares about: he takes it upon himself to write to Marmee when Beth is ill; he visits Amy to cheer her up when she’s packed off to Aunt March; he looks after Meg when she’s embarrassed at the Moffats’: he visits Amy again in Europe when Beth is dying; and he studies and works hard to please his grandfather.

Amy also knows how to please people. She makes such a good impression on Aunt March that she becomes her companion instead of Jo, and eventually gets to go to Europe. She knows the value of maintaining social conventions and is selfless about making gestures that people appreciate, as we see when she and Jo go to pay calls on their friends.
Jo in contrast, much as I love her, is rather blunt and takes pleasure in being perverse, which can rub people up the wrong way. Amy has a more pragmatic view than Jo of how she can get on in the world as a young woman without money or influence, and that is by cultivating relationships and making herself “agreeable” to everyone. So rather than pushing against the tide like Jo and Marmee, she realises that working with it can sometimes get you further. “You can go through the world with your elbows out and your nose in the air…That’s not my way.” That’s not to say it’s easy: Jo couldn’t even stick with working for Aunt March. Amy did, showing a different kind of strength.

2. They appreciate the finer things in life.

Amy loves to be surrounded by beautiful things, and she’s spent her whole childhood making do, from customising her boots to putting a saddle on a branch of their apple tree (“Ellen Tree”!), and pretending it’s a pony. Laurie is rich and moves in wealthy, fashionable circles. He can give her that life and she will be able to fit right into it, and appreciate it too. Jo would get bored and start making fun of people, and Laurie would end up wishing she cared a bit more. 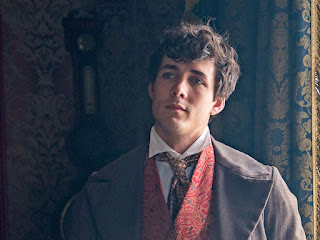 3. There is more depth to them than anybody gives them credit for. They’re not basic!
Despite Reason #2, they are not shallow. In the blog mentioned above, they're described as the “stereotypical jock and the perfect cheerleader”, which I think is a bit harsh. Laurie is actually very sensitive and artistic. Just look at how he mopes about after Jo rejects him! He has a passion for music which he inherited from his mother, and is described by Mrs March at the beginning as “not very strong, and the old man is afraid of losing him, which makes him so careful.” That doesn’t sound much like your standard Hollywood jock.

Similarly, “perfect” Amy isn’t at all perfect; she’s described as “not beautiful” and she remains insecure about her nose to the end. But she can win people over with her charming personality and poise, and she is a March after all. It’s a shame that she is always reduced to being vain and self-centred, as that’s just child Amy. Grown-up Amy knows her shortcomings and strives to overcome her flaws in a very March way. There’s a scene in Good Wives at the fundraiser fair, when her best frenemy May Chester humiliates her over a perceived slight that she wasn’t even responsible for. It’s not easy to do, but instead of retaliating, Amy controls herself and rises above the pettiness. She even makes May Chester a gesture of goodwill. That’s classy behaviour worthy of the March name.

4. They understand each other as artists. 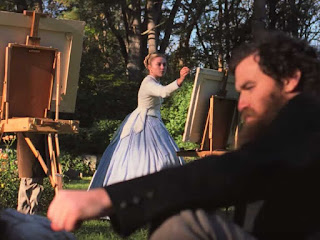 Amy wants to be “great, or nothing.” Being in Rome opened her eyes to her own limitations – she realises that talent isn’t the same as genius, and no amount of work can change that. Similarly, Laurie thinks he’ll make Jo and his grandfather proud of him by composing a great Requiem or opera, but he eventually admits that Amy “is right! Talent isn’t genius and you can’t make it so”. They agree that they want to be the next best thing: patrons of the arts. This is actually Amy’s perfect occupation: she can be around creative people and beautiful objects all day, and use her social skills for a cause that’s important to her.

5. They can call out the worst parts of each other.
When Jo and Laurie do this they end up fighting and falling out. Amy has more tact and self-awareness and that makes Laurie raise his game. She can say she doesn’t like aspects of his behaviour without sounding like she’s mothering him (Jo constantly infantilises him) and Laurie can poke fun at Amy’s prissiness and get her to lighten up a bit. It’s Amy’s little lecture about his self-indulgent wallowing in Nice that stops him moping over Jo, and gets him to pull himself together. At the same time, Laurie encourages her to think twice about accepting Fred Vaughn just for his money, reminding her that she’s a March and was raised to live up to certain values. 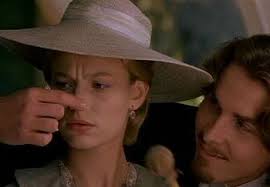 Last but not least…

6. Laurie has always had a soft spot for Amy, and she for him.

It’s kind of obvious that Amy’s always had a little crush on Laurie; she was always wanting to tag along after him and Jo. But Laurie has always had a special affection for Amy too. He always comes to her rescue: he saved her life when she fell into the ice; he visits her at Aunt March’s while Beth is ill; he tells his friends to pay her lots of attention at the Chesters’ fundraiser, when she’s stuck behind the boring flower table instead of the arts table which she was promised; he comes to comfort her in Switzerland when Beth is dying and Amy can’t get home to see her. Their courtship in Europe is so understated and sweet, but it’s never given the attention it deserves. The simple proposal in the boat warms my heart every time. 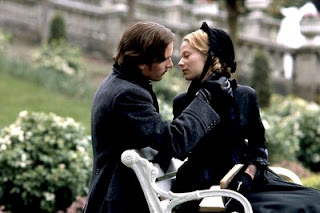 Thanks for reading!
Shabnam X