Not Your Run-Of-The-Mills-And-Boon Love Stories


The commercialism of Valentine’s Day means it’s always full of some pretty big clichés: hearts, flowers, sickly sweet chocolate. Romantic relationships in books and movies are often no exception and can sometimes feel predictable and formulaic.  So for this Valentine’s Day post I’m going to look at some depictions of love in books that are not your run-of-the-mills-and-boon romances, and some examples of love that are not at all romantic. 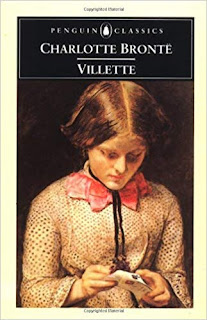 It wouldn’t be a Brown Brontë post without featuring a Brontë book! Villette is not what you’d call a romance or love story. Shy young Lucy Snowe and the clever and volatile Monsieur Paul Emmanuel don’t seem like the likeliest of pairings, but there is some sort of affinity that draws them together. The interactions between them are sometimes comical, sometimes frustrating, with flashes of sweetness. Brontë also plays with our expectations in this novel. We think the relationship between Lucy and M. Paul is going to be at the heart of the novel – and it is, but not in the way we think. Brontë constantly frustrates our expectations and pushes the love story off-centre, and then denies us any certainty of a happy ending. The parts that she does allow us though are full of emotional intensity, in the way that only a Brontë can do it.

QUOTE: “Lucy, take my love. One day share my life. Be my dearest, first on earth.” 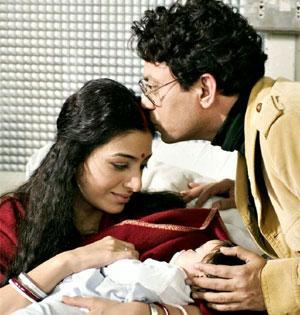 A story of a young Bengali couple who move from India to America and build a life there. While this story centres around their son Nikhil and his life and choices, it’s the relationship of his parents that I find the most touching.  Ashima and Ashoke have had a traditional, arranged marriage, but there is tenderness, devotion and respect in their marriage, which seems to be lacking in Nikhil’s own relationships and subsequent marriage. There is a lot in their relationship that I recognise from the marriages of my own older relatives, parents and grandparents. I love that Lahiri portrays the relationship of an older couple so positively, and that she offers an alternative view to Western or Hollywood notions of romance, love and marriage.
QUOTE: “It’s not the type of thing Bengali wives do. Like a kiss or caress in a Hindi movie, a husband’s name is something intimate and therefore unspoken, cleverly patched over. And so, instead of saying Ashoke’s name, she utters the interrogative that has come to replace it, which translates roughly as “Are you listening to me?” 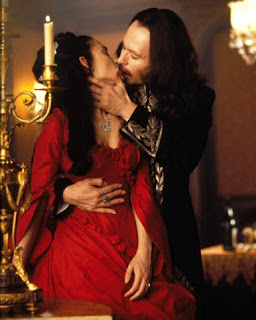 QUOTE: "The fair girl went on her knees and bent over me, fairly gloating. There was a deliberate voluptuousness which was both thrilling and repulsive, and as she arched her neck she actually licked her lips like an animal... I could feel the soft, shivering touch of the lips on the super-sensitive skin of my throat, and the hard dents of two sharp teeth, just touching and pausing there. I closed my eyes in a languorous ecstasy and waited – waited with a beating heart." 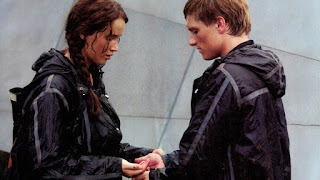 Definitely not a “romance novel” in the way that, say, Twilight is, but in and amongst all the violence and slaughter, there is a beautiful relationship that develops between Katniss and Peeta. While Gale is the obvious choice for Katniss – best friend and hunting buddy, a fighter in the same way that Katniss is, and he obviously has feelings for her – it’s Peeta who is her real partner. Peeta has a quiet strength; he is gentle at heart without being a coward, and offers her comfort and stability; he has the emotional maturity that is lacking in Gale. However their friendship doesn’t grow organically like Katniss and Gale’s. Katniss and Peeta’s relationship is forced by circumstances over which they have no control. They have to maintain a “star-crossed lovers” narrative for the viewers watching the Games – their lives and the lives of their families depend on maintaining the charade. But at some point it stops being pretence and becomes real, and Suzanne Collins explores how going through trauma with someone can draw people closer together.

It might not be romantic, but there’s no denying the strength of love that Sam and Frodo have for each other. Sam practically followed Frodo into the mouth of hell. They save each other’s lives, which must have deepened their bond, similar to the way in which Katniss and Peeta’s bond is strengthened through their shared experiences. Tolkien’s war experiences informed his depiction of the comradeship and love between men thrown into the horrors of war, and The Lord Of The Rings is very much about the friendship between people collectively facing danger.

QUOTE: "But I am going to Mordor." "I know that well enough, Mr. Frodo. Of course you are. And I'm coming with you. 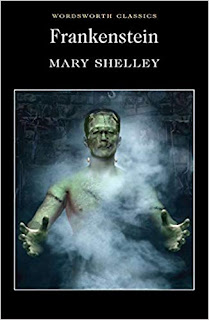 Like Dracula, this is often thought of as a Victorian gothic tale, and Hollywood has turned it into a kind of horror staple. It’s actually a desperately sad story about a creature that just wants to be loved and his rejection by the world, which fuels his anguish and rage. It is not necessarily concerned with romantic love - this is a story about the effects of living without love or companionship of any kind. How can you not shed a tear for the poor Creature?

QUOTE: “I was benevolent; my soul glowed with love and humanity: but am I not alone, miserably alone?”
Thanks for reading! Which unlikely love stories do you recommend?

March 26, 2021
Today is the 50th anniversary of the independence of Bangladesh. Growing up, my sisters and I would hear stories from parents and relatives about the War of Independence of 1971. We would go to community events commemorating Bangladesh Independence Day, Victory Day, Language Martyrs Day, and listen to veterans and members of the community who lived through that period, talking about their experiences. As they stood in front of rows of nodding elders and bored schoolchildren, the pain and pride in their voices rumbled through the microphone in their hands and filled the small community hall, along with the aroma of biryani stacked in boxes at the back, waiting to be handed round later.     Although we often had mixed feelings about sitting through those three-hour programmes, I've begun to realise that those parents who dragged their children along to those events knew that one day there would be nobody left alive who had witnessed that history.     As second or third generation di
1 comment
Read more

March 30, 2021
Something special on the blog today, readers: I'm thrilled to be chatting to Kate Morrison, author of stunning debut A Book of Secrets, as part of its Random Things Tour. Join us as we talk about historical research, women's independence and racism in Elizabethan England. "A Book of Secrets is the story of a woman named Susan Charlewood living in Elizabethan England. Born in what is now Ghana, Susan is enslaved by the Portuguese but later rescued by British sailors, who bring her to England. Once in England, she is raised in an English Cathoic household. When Susan comes of age, the family marry her off to an older Catholic man, John Charlewood. Charlewood runs a printing press and uses it to supply the Papist nobility with illegal Catholic texts and foment rebellion amongst the Catholic underclass. When Charlewood, Susan takes over the business and uses her new position to find out more about her origins.  A look at racial relationships at the beginning of the eve of the
2 comments
Read more

Why Helen Graham is the Best Brontë Heroine

January 29, 2020
This month was Anne Bront ë ’s 200 th birthday, so I couldn’t let it go without writing a post in honour of it.  Anne Bronte, Project Gutenberg I don't think I'm alone in thinking that Anne was the boldest of her sisters. Her novel The Tenant of Wildfell Hall certainly is the bravest in rebelling against social expectations of women, and Helen Graham is by far my favourite heroine. Here’s why: 1.  She’s an adult, independent woman who has lived a full(er) life in society. Rather than living in the margins of society, in a state of arrested development, like Jane, Lucy, Agnes or even Cathy who never wanted to leave the moors, Helen’s previous life means she seems more like a well-rounded person. This might have made her story all the more shocking to Victorian audiences, as Helen’s social standing combined with her radical ideas would have been more likely to influence other people than those of a governess. She can’t be dismissed as just a naïve or unrelia
Post a Comment
Read more