This week is Armed Forces Week, ending in Armed Forces Day on 27th June. But Google it and the images that come up are overwhelmingly of white service personnel.

The past few weeks has seen the Black Lives Matter movement gain momentum, with demonstrations and protests against the whitewashing of Britain’s colonial past, the silencing of Black voices, continued institutional racism, and in the literary world, a much-needed conversation about the erasure of black, Asian and ethnic minority voices in history and literature.

Countering this movement are assertions that the removal of statues commemorating certain figures is an attempt to “rewrite” our history. But we can’t claim to be concerned over rewriting history so long as we have a selective memory regarding that history. 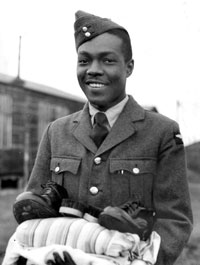 I started researching for this blog post in an attempt to address that selective memory in the spirit of anti-racism, and to shine a light on forgotten voices and experiences. What I was looking for was examples of novels, poems or short fiction about the experiences of troops from Britain's colonies.

I didn't have much success. Perhaps highlighting the need that still exists for those stories to be told in different ways.

I did, however, find lots of information in the national archives, and some historical information on individual figures which I've shared below.

n the eighteenth century the British Army was buying enslaved Africans in the Caribbean; in fact by the 1790s it was the single largest purchaser of slaves in the area, with over 6000 people being bought for immediate military service from 1798-1806.

This is a picture showing instructions to Major General Hunter in 1797, stating that black soldiers should be treated and kept the same as white ones. However unlike white soldiers who were contracted for a fixed term, black soldiers were purchased for life and expected to serve until they were killed, wounded or became too old. The picture shows a price list at the end of the document. 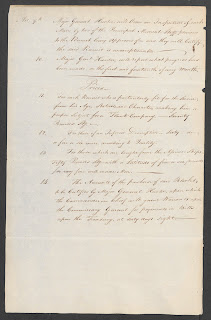 Free black Britons were also recruited to both the army and navy, but mostly restricted to the lower ranks. They were also not eligible for support or compensation. In London it was not unusual to see poor, black ex-servicemen trying to scrape a living on the streets. One of these was Joseph Johnson, who was wounded in service, but not entitled to compensation from Greenwich. He was locally known for earning a few pennies singing patriotic songs with a model of a sailing ship attached to his hat. 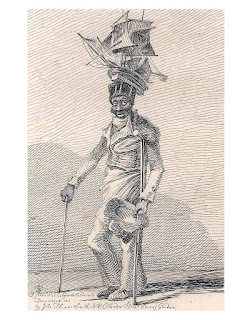 David Clemetson was a Jamaican student at Trinity College, Cambridge, who volunteered to fight in WW1. In 1917 he was sent to the military hospital Craiglockhart, to be treated for shell-shock. He happened to be there at the same time as the war poet Wilfred Owen, who mentioned him briefly in an issue of the Hydra, the hospital magazine edited by Owen. Clemetson was the only black person to hold the rank of full lieutenant, at a time when there was a colour bar in the British Army, for holding an officer’s rank. He was eventually killed in service, shortly before the Armistice. 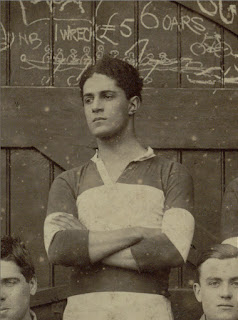 This poem, In Memoriam, written by a friend, was published in the Jamaican Gleaner newspaper in 1918, a few days after Clemetson's death:

"Somewhere in France you are sleeping

Far from the land that gave you birth

And the eyes that for you weep.

…So a last salute we'll offer you,

And a last farewell we'll wave;

Till we meet beyond the grave."

Clemetson’s name was, however, not included on the war memorial in Trinity College Chapel; in fact it seems he had been forgotten until some records were found by the college archivist several years ago. It was claimed that this was an oversight as he had not completed his degree at the time he volunteered. This seems hard to believe given that there are the names of other men on the memorial whose dates suggest they too had not graduated, and presumably the college would have known that he was one of their students. Has his name now been added to the memorial? Certainly his name appears on the online list on the Trinity Chapel web page, but I could not find any reports that his name had been added to the memorial itself. If anybody can shed any light on this please share in the comments! 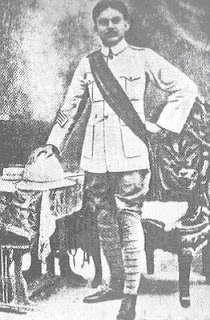 When I was at school we learned about The Great War, and we studied the war poetry that was written then, by soldiers in the field. What I didn’t learn until years later, was that 1.5 million Indian men served in the British Indian army. Among them was the 49th Bengali regiment, which was the only regiment entirely made up of ethnic Bengalis. And serving in this regiment was a young man named Nazrul Islam, who would go on to become the national poet of what is now Bangladesh. His first poem “Mukti”, (Freedom), was published in a Bengali literary magazine in 1919. I have been trying to find a copy of this poem but haven’t succeeded yet. But his other poetry shows a spirit in rebellion against colonial oppression, so that he is known in Bangladesh as the Rebel Poet.

Did you ever learn at school about the West Indian men who served in the Air Force during WW2? No, me neither. Andrea Levy’s brilliant novel ‘Small Island’ gives a bold and funny insight into the experiences of some of these men and their families.

Many of these veterans later settled in Britain, returning on the Windrush to help rebuild the country at a time when the workforce had been depleted by the war.

“Marching in disciplined rows through the streets that afternoon, these men, dressed entirely in thick blue cloth, looked as uniform and steely as machinery. On their heads every one of them wore a strange triangular hat that was tipped at an impossible angle…But close to this fighting machine was composed of line after line of familiar strangers. Fresh young boys who had only just stopped larking in trees. Men with skin as coarse as tanned leather, whose hands were accustomed to breaking soil. Big-bellied men who would miss their plantain and bammy. Straight-backed men whose shoes would shine even through battle.”

Do you know any other stories or poems centring black and Asian experiences of being in the British armed forces? Share them with me @thebrownbronte on Twitter, Instagram and The Brown Bronte's Book Club!