8 books for Women in Translation Month

August is Women in Translation Month, a month dedicated to recognising women’s writing translated into English. I read several languages, but not all of them as well as I would like, and I often feel like I’m missing out on incredible writing just because it happens to be in a language I don’t know. In an ideal universe I would be equally fluent in any language I fancy, and devour beautiful, powerful, striking fiction from all over the world.

But alas, I’m not the polyglot I would like to be, and so reading books in translation is the next-best thing.

Here I share with you some of the titles which I’ve read in the past year and a couple of others which I included just because. 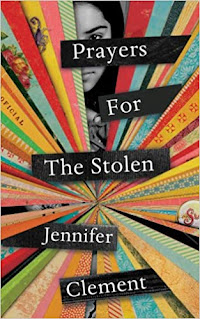 Told through the eyes of Ladydi, a sixteen-year-old girl living in rural southern Mexico, in a community living under the shadow of cartels. The menfolk in her tiny village have mostly fled to the US and the women disguise their young daughters as boys or make them look ugly, cutting their hair and blackening their teeth, so that they won’t be abducted and trafficked. The cartels control every aspect of life there, from forcing people to grow poppies instead of food, to illegally spraying the fields with heavy-duty fertilizers to improve yields – and poisoning everyone and everything in the vicinity.  But Ladydi is determined to find a way out of her oppressive life and find independence, even when it looks like there is no escape. 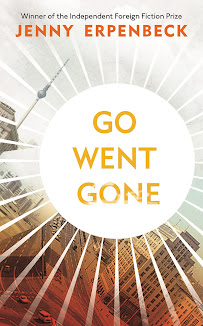 A poignant and timely book, particularly in light of some of our current news stories on the plight of asylum seekers. A retired professor who doesn’t quite know what to do with his somewhat empty life now that he no longer has to work, becomes involved with a group of African asylum seekers living in Berlin. The prose is understated and detached, but the issues Erpenbeck explores are urgent. I can see this being an eye-opening read for those who see the refugee crisis in Europe as a solely political problem, as it humanises those suffering at the very centre of it. 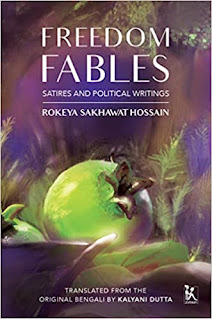 A series of satirical essays and short speculative fiction on the role and position of women in Indian society in the 1890s/ early 1900s. Rokeya Sakhawat Hossein was a Bengali proto-feminist thinker and activist and her observations on the inequalities between the treatment of men and women are incisive as they are relevant, even today. 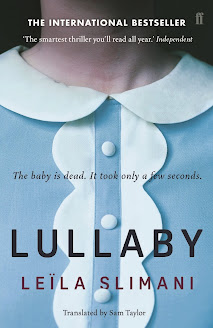 When a young professional couple decide to hire a nanny to help them balance their work, social and home lives, things take a dark turn. A disturbing but compelling psychological thriller, in the vein of The Hand That Rocks The Cradle. The book is told through the point of view of the nanny and explores what happens when we outsource the provision of love and affection to others, in a transactional relationship. I liked the way that Slimani subtly alludes to class dynamics in this awkward role, being part of the family and yet not part of it. It’s like a modern, dark take on the 19th-century governess trope, which – as a Brontë fan - I’m always here for. 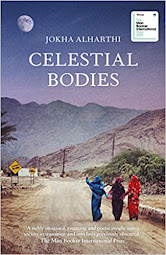 This is my current read; winner of the 2019 International Booker Prize, by the first Arabic author to receive the prize and the first book written by an Omani woman to be translated into English. It’s giving me an insight into the changing face of Omani society as it transitioned from tradition to modernity, as told through the experiences of three generations of the same family. The writing evokes the natural landscape, social structures and customs, and the female characters are each distinctive and assertive in their own way. I’m eager to see how it turns out. 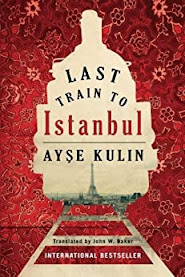 At its heart this is the story of the love between Selva – a Turkish Muslim, and Rafael, a Turkish Jew, who leave the disapproval of their relatives in Ankara to build a life together in Paris. But more broadly this is the story of how a group of Turkish diplomats hatched a plan during the Nazi occupation of France, to save Turkish Jews and many Jews from other European nations, who were trapped and in danger of persecution and deportation. Full of heart – and heart-stopping moments – this was a surprising and absorbing account of a little-known episode in history. 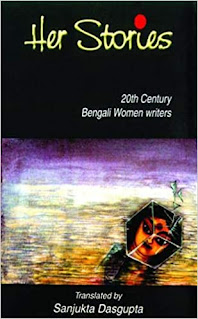 This collection of short stories by different feminist authors offers a view of Bengali women told by Bengali women – something I had never encountered, my exposure to Bengali literature having been restricted to the classic, male-dominated canon. These stories portrayed Bengali society throughout the twentieth century, and the different pressures facing women, be they economic, social, or familial. I first picked it up in a Glasgow library way back in 2007, and was astonished to find something so – to my mind – niche, in a tiny local library. It’s interesting to read these stories written in different decades throughout the twentieth century, and consider the ways in which society and feminist discourse have evolved – or not. 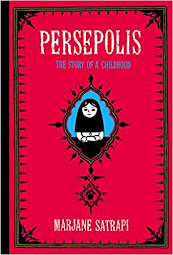 A memoir written as a graphic novel, Persepolis is one woman’s account of the Islamic Revolution in Iran. Satrapi recounts her experiences of living a privileged life in a culturally liberal Iran, being sent to study in Europe while the Revolution is at its peak, and then returning to live under a repressive government. She describes the atmosphere of fear and repression, the homesickness while she is away, and the anger she feels at the misogyny that follows her around when she returns. Beautifully told through simple language and illustrations, but full of emotion.

One of my reading goals for the year ahead is to read more translated works by South Asian, Middle Eastern and Pacific authors so if you have any recommendations let me know in the comments.

Join the discussion  over at The Brown Brontë's Book Club.