Greetings, readers, on this lovely October day. As you may know, October is Black History Month. It’s been just over a year since my last Black History Month post and it feels like so much has changed in the world since then: the pandemic and the rise of the Black Lives Matter movement have highlighted structural racism and inequalities that still affect black communities in Britain and the US today. As a result there are more open conversations being had about privilege and prejudice, and there are initiatives to decolonise education at all levels. Black representation in publishing is an area where a lot of work remains to be done, although it’s heartening to see that this is also changing for the better.

And so, today I am rounding up some of the titles I have read in the last 12 months by black authors, as well as some I still want to read.

Let's start with what I read: 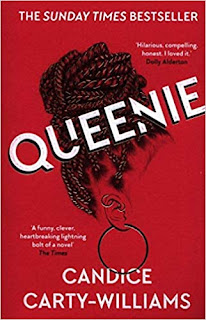 I had heard a lot about this book so I was very interested to try it. The insecurities and self-sabotaging nature of the titular Queenie reminded me a little of Bridget Jones, and it delivers a similar kind of cheeky humour. Queenie’s antics in the first half of the novel were exasperating, to say the least, although I loved the portrayal of her relationship with her childhood best friend and her grandmother. However in the second half the novel the author delves into the deep and lasting impact of childhood trauma due to neglect and emotional abuse, and the compounding effect of internalising a lifetime of microaggressions and outright racism . Candice Carty-Williams manages Queenie’s transition to self-awareness adeptly, and once I understood where Queenie was coming from, I found it much easier to sympathise with her. Longlisted for the Women’s Prize for Fiction, 2020.

Such A Fun Age, Kiley Reid: 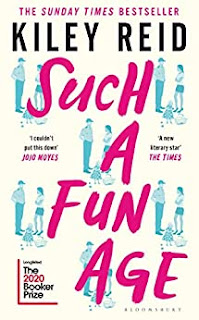 This was an unapologetic depiction of the challenges facing black millennial women, including access to employment opportunities, financial uncertainty, dealing with microaggressions, the intersections of race and class, and the impact of social media on how we are perceived by others. As a Brontëphile I saw parallels between the position of the black nanny among her white, moneyed employer’s class, and that of the Victorian governess. I thought Reid perfectly captured that sense of being on the margins, and at the mercy of other people’s whims. The main character’s slightly sardonic humour made it an engaging read, and it’s certainly a timely one. Shorlisted for the Booker Prize 2020. 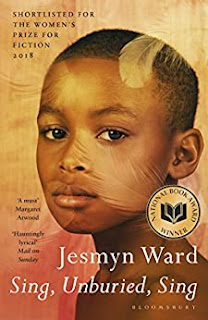 This lyrical novel was possibly one of the most striking things I read last year. The scope of the central timeline in the novel is tight, but it is set against a backdrop that takes in the history of multiple generations. It is rooted in the physical, emotional and spiritual experiences of a black American family, with racial inequality casting its long shadow over future generations. It is also a story about the destructive and redemptive power of familial love, grief and guilt. National Book Award Winner, Shortlisted for the Women’s Prize for Fiction 2018 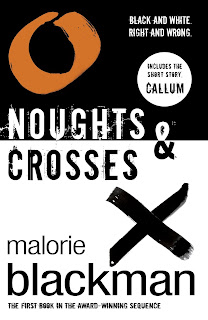 I was a bit late coming to Malorie Blackman’s well-known YA novel, but better late than never! A powerful look at a dystopian, authoritarian society in which black Crosses rule over white Noughts, forcing us to examine our unconscious biases about race and class. The excellent TV adaptation updated and modernised some of the details of this 2001 novel and threw up lots of questions about political systems, structural inequality and terrorism. 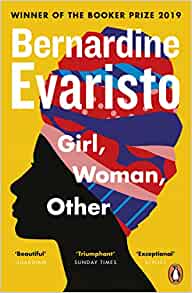 Joint winner of the Booker Prize, 2019, many readers and critics have hailed Bernadine Evaristo as an important voice for Black British womxn with Girl, Woman, Other portraying their diverse experiences and struggles.

The Girl With The Louding Voice, Abi Daré: 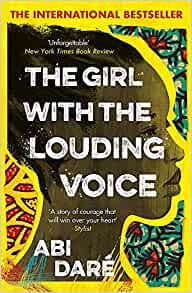 Winner of the Bath Novel Award in 2018 and shortlisted for the Guardian’s Not The Booker Prize and Amazon’s Best Book of 2020, Abi Daré’s debut novel follows a young Nigerian girl as she defies her rural community’s expectations of her to achieve her dream of getting an education and making her ‘louding voice’ heard. Nigerian-born and bred Daré lives in Essex and brings a perspective that I am interested to know more about. 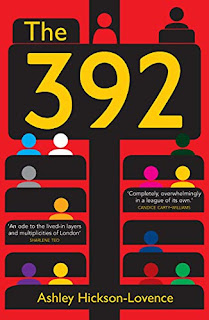 Set on a London bus and taking place over a period of 36 minutes, this book takes the reader on a journey through London through the voices of a cast of passengers who are from very different worlds. It is about the gentrification of parts of London, as well as about the hidden backstories of each of the characters; but what gives it an added urgency is a looming terrorist threat. 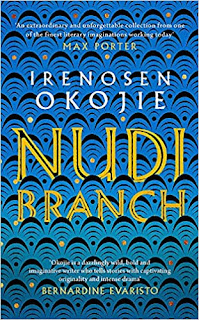 This collection of short stories takes us on a trip through the surreal. The experimental tales span different dimensions of time and space, with characters experiencing extraordinary situations, from a love-hungry goddess of the sea who arrives on an island inhabited by eunuchs, to a girl from Martinique who moonlights as a Grace Jones impersonator, to a homeless man who goes right back to the very beginning through a gap in time. Perfect for when you want something a bit more unusual.

Hope you enjoyed my round-up, and found a title or two that you’d like to read. Let me know if you have more suggestions in the comments!