This time last year we were all in the first lockdown situation. Many of us were unable to go and visit our mothers but thankfully modern technology meant we could still keep in touch. This time around, hopefully more of us will be able to go and see our mothers - though there might still be a restriction on hugs. In the meantime, let’s talk about mothers in books.

Here are my top fictional mums (in no particular order):

Marmee is the quintessentially perfect mother. She’s strongminded, principled, and teaches her girls the values she wants them to grow up with. As matriarchs go, she’s probably the most iconic one. Even if she comes across as a little preachy some of the time. OK, a lot of the time. 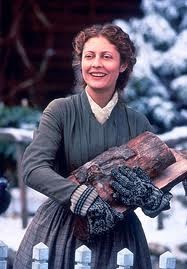 Even though Marilla isn’t Anne’s biological mother, she provides all the love and stability that Anne has missed in her childhood before coming to Green Gables. She starts off being rather stiff and strict, but by the end of the series Marilla has mellowed and grown more tender. Marilla’s growth, her mistakes and the lessons she learns through parenting Anne, are a reminder that parenting isn’t something instinctive but something that takes work and infinite patience. Plus, a sense of humour always helps. 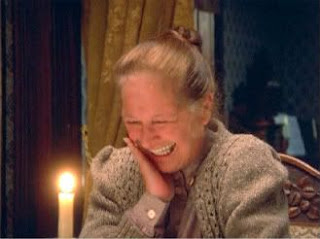 I’ve spoken about Helen before, in my post Why Helen Graham Is The Best Bronte Heroine. Go and check it out! Helen is fiercely protective of her young son Arthur. She leaves an abusive relationship for his sake – an unheard of step for her time. And she rejects society’s ideas of “boys will be boys”, following her own beliefs of how boys should be raised with respect for women. Kudos, Helen. 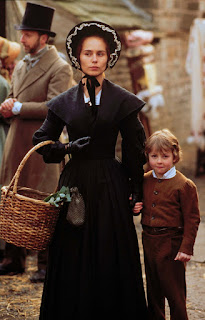 Yes. Mrs Bennet. Everybody loves to laugh at poor Mrs Bennet. She’s so desperate to marry off her daughters to rich men that she opens herself up to ridicule in the process. But I beg to differ. Mrs Bennet is the only person in the Bennet family to be realistically concerned about her daughters’ prospects. As a woman and mother of five daughters, Mrs B has no illusions about the precarity of women’s situations. Making a good match with a man with a secure income was paramount for a stable life. While Mr Bennet is taking the laissez-faire approach and putting down his wife, she is looking out for her daughters’ futures. And actually, her schemes all generally worked out didn’t they? Jane ended up with Mr Bingley, and Lizzie with Mr Darcy. Lydia’s situation is a little different, but that’s another post. 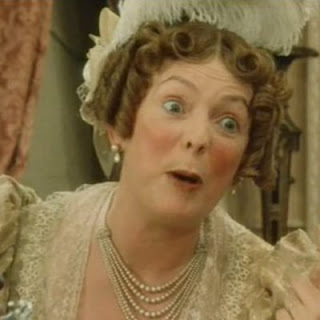 I know, she’s a parody of Mrs Bennet. If you can have a parody of a parody. But (hot take) despite all her gasping and weeping at her children’s preferences in life, she is in my opinion the unsung heroine of the novel. She has kept the family together after her husband’s death, she wants the best for her children, she is a realist in terms of social expectations AND she’s an astute judge of character. Like Mrs B, her choices prove to be the right ones: Pran is a good, loving husband to Savita, and Haresh will be an equally good one to Lata. (Kabir-stans – he may have been the romantic choice but it would never have worked out in the society they lived in.) The only one of her children’s spouses that she didn’t choose was Meenakshi and, well, look how THAT turned out. 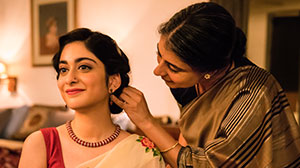 Who is your favourite fictional mother (figure)? Let me know in the comments!

March 30, 2021
Something special on the blog today, readers: I'm thrilled to be chatting to Kate Morrison, author of stunning debut A Book of Secrets, as part of its Random Things Tour. Join us as we talk about historical research, women's independence and racism in Elizabethan England. "A Book of Secrets is the story of a woman named Susan Charlewood living in Elizabethan England. Born in what is now Ghana, Susan is enslaved by the Portuguese but later rescued by British sailors, who bring her to England. Once in England, she is raised in an English Cathoic household. When Susan comes of age, the family marry her off to an older Catholic man, John Charlewood. Charlewood runs a printing press and uses it to supply the Papist nobility with illegal Catholic texts and foment rebellion amongst the Catholic underclass. When Charlewood, Susan takes over the business and uses her new position to find out more about her origins.  A look at racial relationships at the beginning of the eve of the
3 comments
Read more

Cut from the Same Cloth? Muslim Women on Life in Britain

June 05, 2021
So many times while reading this book I found myself nodding and saying ‘YES!’ I hadn’t realised how very rarely I come across a book, writers, voices, that speak to the entirety of my existence as a British Muslim woman; finding that book, those voices, was like letting out a breath I’d been holding, or feeling the relief of relaxing aching facial muscles that had been stretched in a smile all day. There was no need to pretend, no need to explain, no need to justify. What made this anthology of essays so different from the usual ones, was that they are not teaching or preaching, nor do they try to cater to an external gaze. These are British Muslim women writing their experiences and thoughts for women like themselves; women like ME. The essays in this book have been collected by Sabeena Akhtar, and include pieces by figures such as Suhaiymah Manzoor-Khan, Shaista Aziz, Yvonne Ridley and others. All of them are different in tone, style, and subject – some are academic or discursive, o
2 comments
Read more