Today is the 50th anniversary of the independence of Bangladesh. Growing up, my sisters and I would hear stories from parents and relatives about the War of Independence of 1971. We would go to community events commemorating Bangladesh Independence Day, Victory Day, Language Martyrs Day, and listen to veterans and members of the community who lived through that period, talking about their experiences. As they stood in front of rows of nodding elders and bored schoolchildren, the pain and pride in their voices rumbled through the microphone in their hands and filled the small community hall, along with the aroma of biryani stacked in boxes at the back, waiting to be handed round later.

Although we often had mixed feelings about sitting through those three-hour programmes, I've begun to realise that those parents who dragged their children along to those events knew that one day there would be nobody left alive who had witnessed that history. 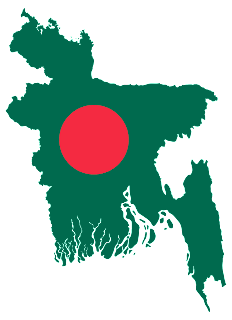 As second or third generation diaspora Bengalis, most of us had neither the skill nor the will to read Bangla history books, and lots of us didn't fully understand those speeches, often delivered in Bangla. But those speeches and lectures were a way of bearing witness to the struggle and sacrifice made by so many. I am of that generation of bored schoolchildren, many of whom are now parents. And I think lots of us are wondering who will pass on that history. There are generations of young Bengalis today whose parents were either too young to remember the conflict, or who had not yet been born.

Even within the South Asian community in general, I always find it shocking how little our Pakistani friends and acquaintances know about the 1971 conflict; it is just never talked about in their circles, as if it had never happened.

This is, in part, what inspired me to begin translating the stories and poems I have shared on this blog; to open up this history to the generation after mine, and to the wider South Asian diaspora. What I didn't anticipate was how much younger generations are crying out for it; they want to know about their heritage and their history, and they want it in a language that's accessible to them.

As I write this, I have just completed a translation the war journal of Jahanara Imam, extracts of which I have shared before (read them here and here). Yes, it's finally finished! I'm going to share some excerpts now from a section written towards the end of the war: the unthinkable has already happened to Imam's family, but they are carrying on; India is now involved, and the Pakistan government appears to be losing its grip:

None of us is doing well, mentally. Sorrow, despair, fear, dread, futile anger – it’s as if we’re being driven mad by all of it. Sharif is losing a lot of weight; so am I. But I’m not worried about myself: I cry, rail against the state of things, talk, let off my emotional steam. Sharif hardly talks anyway, and now even less. And then, he doesn’t cry or rail; I don’t see him doing anything to let off his emotional steam. He goes about his business with the smoothness of habit: he gets up in the morning; shaves; bathes; listens to Shadhin Bangla broadcasts in between. Then he goes to the office; tennis in the afternoons, Shadhin Bangla again in the evenings, and talking about the Muktijuddho with friends. To look at him, you wouldn’t think that grief is gnawing away at him from the inside."

Today is Eid. There have been no Eid preparations in our house. New clothes have not been bought; curtains have not been washed; the house has not been swept from one end to the other; the attar tray has not been placed on the table in the sitting-room. Sharif and Jami have not even been for Eid prayers.

But I rose at dawn and made Eid shemai and sweet rice. Because what if any of Rumi’s comrades drops by? What if some guerrilla, separated from mother, father, brothers, sisters, family, comes to this house in the dark of night? To feed them, I cooked pulao, kurma, kofta, kababs. If any of them come I will serve them myself, in secret. I have also bought and hidden a bottle of attar, for them to dab on their clothes."

It wasn’t as bad as we feared. There have been no rides, buses or rickshaws since morning. The shops were closed [...] At eleven o’clock Lulu and I walked to a place in Azimpur. We saw two demonstrations on the way. They were coming from Muhammadpur waving placards painted with “down with India” slogans in Urdu and English.

By twelve o’clock the strike was over. By one-thirty I had taken a rickshaw home.

The demonstrations and meetings will be going until the evening, apparently.

It has been exactly ninety-three days since the Pak soldiers came at midnight, and took my Rumi away."

Nobody came today, either. I can guess why. The atmosphere at the moment is rather tense. The fighting at the borders is pretty intense too. The newspapers are blaring big fat headlines, denouncing ‘Indian attacks’ at the East Pakistan borders. We listen to all the news reports on Shadhin Bangla Betar, Akashbani and the BBC, to work out where and how far the Muktibahini are advancing, and where and how much the Pak army is taking a beating. Every day Sharif analyses the Bangla and English news reports in four or five newspapers. He’s been saying for a while, ‘Look, they’re saying the fighting is coming to Dhaka too. The way it’s going in Rangpur, Dinajpur, Jessore, Kushtiya, Feni, Sylhet – it won’t be long before the Muktibahini get to Dhaka.’

I wasn’t feeling well, so I went to bed early. And so did everybody else. Around two am I was suddenly woken by the stuttering noise of anti-aircraft guns. I couldn’t understand what was happening. I looked out of the window and saw, in the darkness of the sky, crisscrossing beams of light. I realised that the battle that everybody had been avidly speculating about during the day, was actually happening now. I felt tremendous excitement; I felt it spreading even beyond my body. I couldn’t stay in bed any longer. I got up and went to Baba’s room, tiptoeing delicately. He was asleep; Jami was sitting up on the bed, awake. When he saw me, he got up silently and went with me back to my room. How unrelentingly dark it is, in the time between the flares [...]. That’s when I realised, even in the dead of night Dhaka is never so dark. There is always a glowing haze in the sky above the city, from the streetlamps. What had happened tonight? Then I noticed that the streetlamps in front of our house were out. I looked out of the back window across at the Bolaka building – there was no flicker of lights from that direction either. Had there been a blackout?

We didn’t sleep the rest of the night. The three of us, Sharif, Jami and I, spent the time moving between the different windows and balconies of the house." 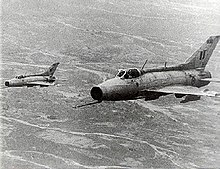 India has today officially recognised the independent nation of Bangladesh.

I stared at the report in the Daily Ittefaq. Bangladesh. An independent Bangladesh. An independent nation. The tears began to fall. Where is Rumi now? The Pak army took him away from here, from his home; that’s established fact. But we have still had no confirmation on whether they’ve killed him or not. Paglapir says Rumi is alive. Paglapir says the same thing to everyone who goes to see him [...] – he tells them, ‘he’s alive. Your husband is alive; your son is not dead; your brother will be home soon.’ ... If they are all truly alive, then -wherever they are – did they hear the news on the radio yesterday? Did they read the newspapers today? Do they know that at least one country on the earth has recognised a free Bangladesh? Those that have been called ‘gadder’, kafir, who have been crushed like ants by the Pakistanis, they have been recognised as an independent nation by at least one country in the world? Do they know? And if they have all been martyred, then do their souls know this news? Has knowing it put their souls at peace?"